The Football Queensland Premier League (FQPL) Far North & Gulf is the top-flight competition in FQ Far North & Gulf, connected to the rest of the state via the FQPL framework.

Established in 2022 as part of the Future of Football 2020+ reforms, the FQPL Far North & Gulf sits within the Northern Conference and includes eight teams from Cairns, Innisfail and Mareeba.

From 2022, the top teams from the FQPL Far North & Gulf, FQPL Northern and FQPL Whitsunday Coast will play off against one another in a Champions League-style competition throughout each season to determine the Northern Conference winner. 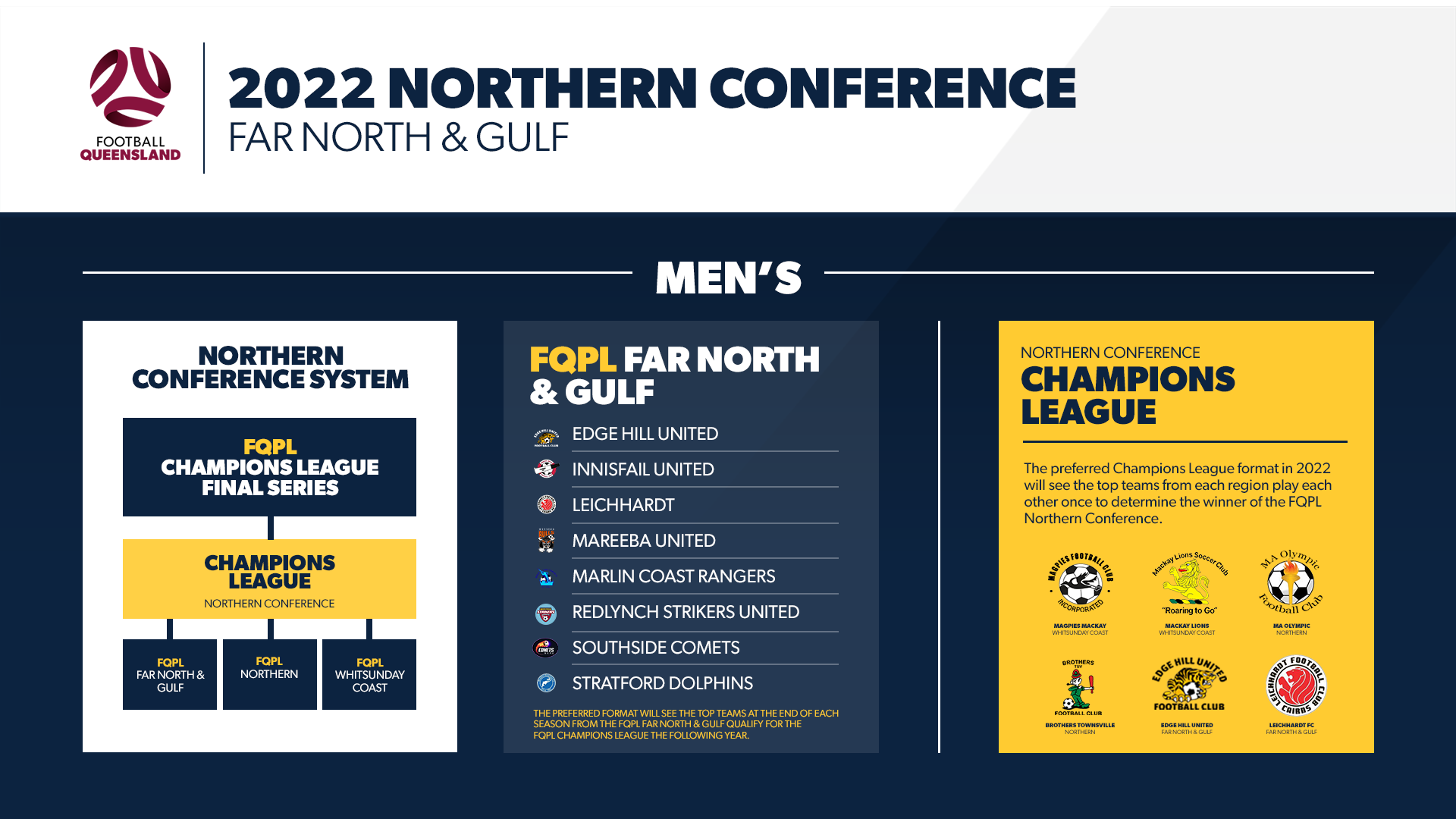