Queensland’s Road to the Round of 32

After three months of thrilling wins, heartbreaking losses and surprise triumphs in the preliminary rounds, the FFA Cup Round of 32 is almost upon us.

With the Round of 32 draw to be held tonight (Wednesday, 26 June), it’s time to take a look back at some of the highlights of the Queensland qualification rounds.

Kicking off their 2019 FFA Cup campaign in style, KSS Jets FC defeated Wide Bay Premier League side Doon Villa FC 8-0 in their Round 2 clash to book their spot in the third round of the cup competition, while Sunbury Blues FC fired 11 goals past Tinana FC in another big scoreline.

Round 3 of the FFA Cup saw Gold Coast and Sunshine Coast teams impress, as Maroochydore Swans put 11 goals past North Lakes Mustangs to claim a stunning victory, while the Bardon Latrobe FC and Bethania Rams FC game went down to the wire before Bethania Rams won on penalties.

The introduction of NPL Queensland and Football Queensland Premier League (FQPL) sides in Round 4 made the FFA Cup even more interesting as Coomera knocked FQPL side Ipswich Knights out of the cup competition, while Caboolture FC managed to hold Peninsula Power scoreless for an impressive 72 minutes, before the NPL Queensland ladder leaders scored three late goals to come out on top.

Despite playing with only ten men for the final quarter of their Round 4 match against Brisbane Premier League’s Taringa Rovers, Vilic Law Capital League 3 side Logan Metro FC produced a stunning ‘cupset’ to record a 3-2 win in only their second FFA Cup victory ever.

The Logan-based team almost did it again in Round 5 as they put on a strong performance against Moreton Bay United, but the NPL Queensland side managed to just scrape through to the next round.

Gold Coast sides dominated in Round 5 of the FFA Cup, with both Burleigh Heads and Coomera from the Gold Coast Premier League securing surprising wins to knock NPL Queensland sides Western Pride and Redlands United out of the cup competition, while last year’s Round of 16 competitors and fellow NPL Queensland side Lions FC also came to the end of their campaign at this point of the cup competition.

Peninsula Power and Brisbane City meanwhile fought to the death in an all-NPL Queensland Round 5 clash, with Power equalising in the 120th minute to send the game to penalties, where the Redcliffe side triumphed 4-3.

The strong performance of Gold Coast-based teams continued in Round 6 of the FFA Cup, as Surfers Paradise Apollo and Coomera Colts came out on top to send Moreton Bay United and Holland Park Hawks packing, and Gold Coast Knights also recorded a strong win over Peninsula Power.

Brothers Townsville meanwhile put seven goals past Leichhardt FC to record a 7-0 win and book their spot in Round 7 of the cup competition, where they fell to NPL Queensland side Magpies Crusaders.

The real magic of the cup emerged in Round 7 though, with Coomera producing a jaw-dropping upset victory over FQPL powerhouse Logan Lightning to qualify for their debut Round of 32 appearance, while Strikers beat Gold Coast Knights 5-1 in a shock win to book their spot on the national stage.

Round of 32 Qualifying Teams’ Pathway:

Four Queensland teams have triumphed in the preliminary rounds to progress to the Round of 32.

Ten Hyundai A-League clubs including Brisbane Roar FC will now enter the competition, as Queensland clubs Brisbane Strikers, Olympic FC, Magpies Crusaders and Coomera SC wait to see who they will come up against on the national stage. 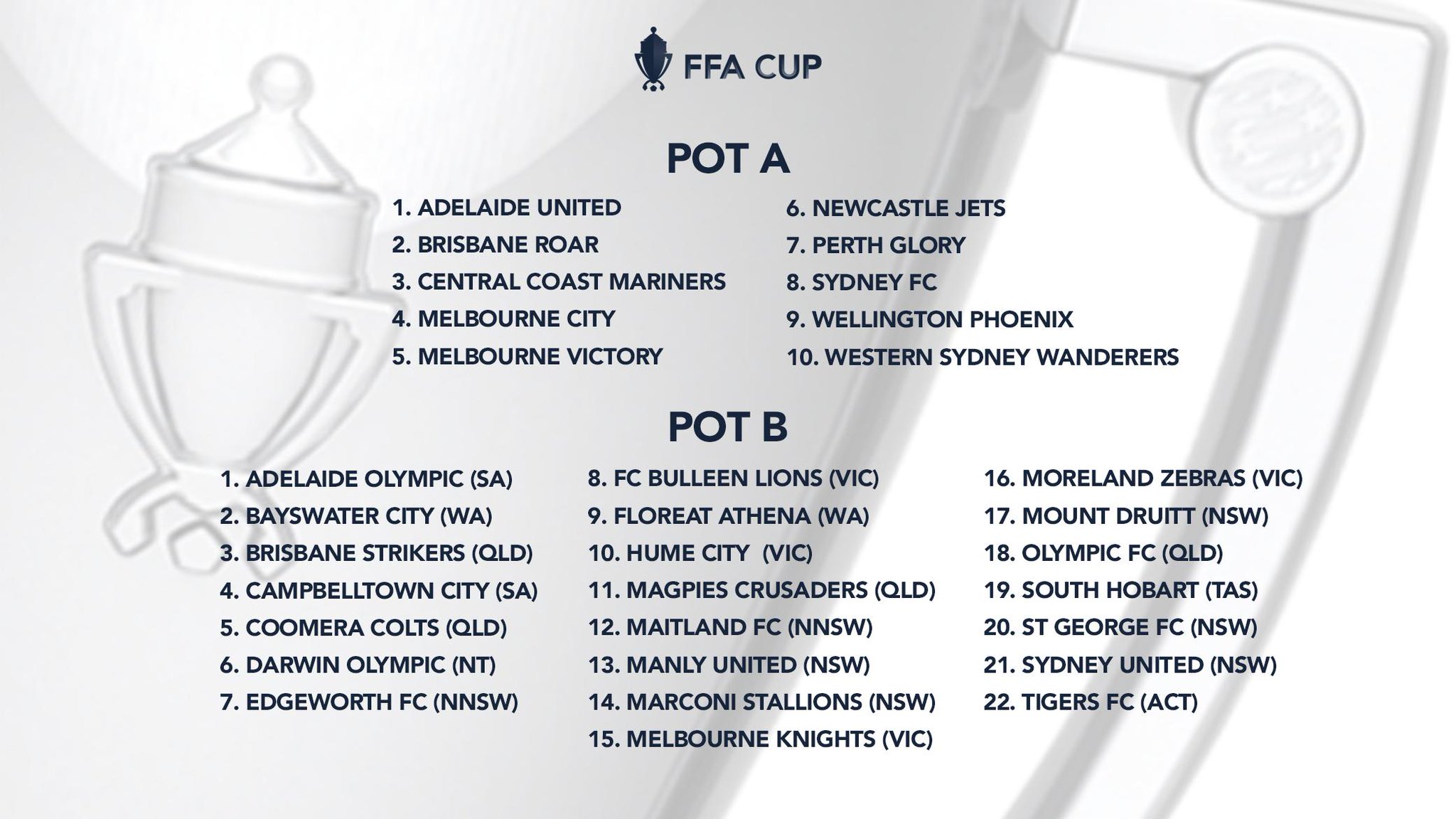